﻿Does Your Plot Suit Your Characters And Vice-Versa?

Creative Writing Tips –
When an idea comes to us for a short story, we either think of a story line first or a character first. Whichever we think of first, and later on build, we have to make sure the plot and the character suit each other.
Example one – We think of a story line first.
Your story is set in a rural area. A company opens a factory and employs workers from that small town. The residents welcome this, as there aren’t many jobs going around. The management takes advantage of that fact and exploit the workers.
Using a technicality in the system, perhaps listing them under different job titles in their books, they pay them less than they are entitled. Your main character sees this injustice and leads the workers to rebel against the management.
Now in a plot like this you will need your main character to posses certain qualities. Like…
Leadership
To be able to lead the people to rebel.
Convincing
The workers are from a rural area. Some might be uneducated and not aware of their rights. The main character has to convince them that what the management is doing, is wrong.
Persuader
Living in a rural area, jobs are hard to find. Most of the workers will view the company as their saviour. Their thinking will be that receiving little money is better than none at all. The main character has to persuade them that being in a rural area the company needs them as much as the workers need the company.
Strong Personality & Confident
We need a strong character that will see things through to the end. We don’t want someone giving up when things get tough. He will also need to be confident that he is doing the right thing (not to make things worse for the workers) and believes in himself (knowing what he’s doing is right).
Strong people skills
To be able to speak and relate to people on all levels.
Negotiator
To negotiate a solution with management and workers.
Public speaker skills
To be able to address this mass group of workers, in a voice that is confident, persuading, authoritative etc.
~~~~~~~~~~~~~~~
So these are the qualities we will need our character to have.
Now let’s see if we can make him believable. Remember he lives in the same rural area, so what makes him different from the rest of the workers who are willing to settle for less?
I could say he recently move to that rural area from the city. He used to work as a union leader and wanted to get out of the rat race. But having fought for workers rights his entire career, he can’t stand now to see injustices and comes to the decision to fight for them and himself.
So this character would suit our plot because we need someone like him for our story.
~~~~~~~~~~~~~~~~
Example two – Thinking of a character first
We notice a man on the street. Something about him triggers our interest so we decide to write about him in a short story. So at this point we will build the character first and then work a story around him.
Let’s go back to where we saw him…
He’s walking briskly along a busy street. He’s in a hurry. He’s dressed in a three-piece suit, which indicates he might be a businessman. He’s got a stack of documents under his arm; a briefcase in his left hand and his right hand is occupied by holding the phone to his ear, which he’s shouting into.
Let’s observe him closer…
He’s in his mid thirties. He looks authoritative. Perhaps he has his own business. Why is he shouting into the phone? Perhaps one of his employees made a mistake, which has cost the character a lot of money.
What if this employee made the mistake on purpose? What if he’s secretly working for the opposition, planted to destroy the main character’s company? What if the owner of that opposing company is the main character’s own brother? Etc…
So as we analyze this character and ask questions about him, our plot begins to unfold.
~~~~~~~~~~~~~~~~
Plots and characters have to suit each other.
When we have finished plotting and are ready to write the story, they shouldn’t be ill-fitting pieces of a puzzle – They should be a perfect match.
Does your plot suit your characters and vice-versa? 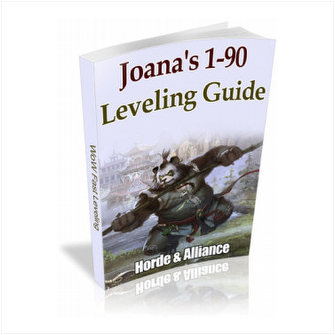 My new guides are totally updated for the Mists of Pandaria expansion pack and includes a full in-game leveling guide mod. My new[...]
Read More
⇛ view similar products
Clean up my mac

Discover The Practical, Tested Advice To Overcome Shyness Or Social Anxiety From Your Life Get the weird trick that targets the ro[...]
Read More
⇛ view similar products
Become A Famous Fashion Designer

How to become a professional fashion designer is a 65 page full colour book with step by step details on everything you need to kn[...]
Read More
⇛ view similar products
Become A Famous Fashion Designer

How to become a professional fashion designer is a 65 page full colour book with step by step details on everything you need to kn[...]
Read More
⇛ view similar products